The Scary Thing About GMO That Nobody’s Talking About 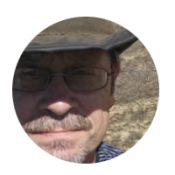 Chris talks intellegently about the importance of the heritage animals, heirloom plants, small farms, farmsteads and personal gardens as food sources while acknowledging the value of the global food system.

There is no boogeyman or conspiracy, and the CEO of Manzanto doesn't want to kill us. The people of developed 1st world countries are simply giving up their food sovereignty to the global food system. Not good.

There’s no such thing as genetically engineered wheat, but your bread probably has corn syrup in it… so you’re eating sugary Frankenbread anyway. And honestly, it really doesn’t matter.

The Flailing, Fact-Free Hysteria Around GMO

Do a quick Google Images search for the term ‘GMO.’

What you just saw- everything from peppers being injected with needles to cross sections of apples that look like limes on the inside — is an object lesson in foolishness.

The foolishness continues on my own social media feeds, which are filled with the perceived horrors of GMO: it causes cancer in lab rats (false). Squirrels don’t like engineered corn (false). Non-GMO farmers are being sued by biotech companies for wind pollination (false, along with several other GMO myths like the active use of terminator genes). And the EU hates GMO (partially true).

Europe is prudent in adopting the precautionary principle around GMOs. The link above says these countries are rejecting science; I say they’re acknowledging history’s lessons of science’s limitations- specifically, the decades it can take science to uncover the long-term effects of foods on human health. And in a free-market economy, I think people have the right to know how their food is produced. It’s a shame that organic producers are forced to label their products while conventional producers get to hide behind a wall of public ignorance.

However, it’s important to understand that GMOs probably aren’t going to make you grow a giant tumor out of your neck. Your son isn’t going to wind up with a rabbit vagina in the crook of his elbow. Nobody is sticking needles in your peppers. Lots of things aren’t genetically engineered at all, and you can often avoid them by eating whole foods and less meat instead of things whose primary ingredients are corn, soy, and beet sugar.

As for the long term effects on human health and the environment? Who knows. There’s no evidence of negative effects for the former, and GMO crops even have some real and potential environmental and health benefits as compared with conventional non-GMO techniques — which gives it the dubious distinction of being the “least unimproved” kid in class; permaculture is the answer, dammit.

But there’s a much more subtle (and serious) problem with GMO that’s lost amid the hysteria about cancer, Frankenfood, and Monsanto’s alleged quest for world domination. And it’s not just GMO, but everything that falls within the ever-expanding tent of engineered food.

Growing Food is Simple. And a Human Right

A child pokes a hole in some bit of soil. She takes a seed, an inanimate object, and places it in the hole, and then covers it back up with the soil. A few days later, it literally springs to life as food to keep her alive.

That is an honest-to-God miracle.

Seriously, guys, it’s a miracle. The simple fact that food plants can grow in soil is the most accessible, visible, and abundant miracle in the world. With the aid of human ingenuity, in fact, it’s become so abundant that we’re beginning to take it for granted. So visible that it’s becoming invisible. So accessible that we can exercise the option to ignore it.

And that’s the real problem with engineered food, GMOs and otherwise.

I’ve said before that the scariest thing about agriculture is the sheer scarcity of people that know how to do it. Put 100 random people in a room, and maybe two of them know how to grow something other than a potted plant. That’s incredibly scary. The green revolution and the heavy industrialization of agriculture have decimated the ranks of America’s farmers, eroding what was once common knowledge about how to grow, process, preserve, and even eat(!!!!) food.

Despite that, however, even a second-grader can understand the fundamentals of how seeds grow, why biodiversity is a good thing, how pollination and manure and fertility work, how to breed animals, how to select plants, and how the seasons affect what can grow where. An older teenager is more than capable of running a homestead or even a small commercial outfit. Today, practically anyone can grow food and do it sustainably as long as they shun the commodity markets. Growing food, while hard work, remains remarkably accessible.

Our Rights Aren’t Being Taken. We’re Giving Them Away

I use “engineered food” as a blanket term for just about anything that strays far from the miracle process described above. EF exists on a spectrum, with hydroponics being on the near end, cultured meat on the far end, and GMOs/Soylent/fake-meat and other things falling somewhere in the middle.

You can think these things are gross and weird all you want but tastes change; people may not bat an eye at cultured meat, or potatoes and tomatoes growing on the same plant, in 30 years. The real problem is that engineering takes the ability to grow food out of the hands of the average person. Anybody, even a child, can raise a chicken or put seeds in the ground and tend soil. But these engineered methods?

• Hydroponics/aquaponics requires a fairly large amount of equipment, indoor space, is complicated and costly to set up, often requires power, and forces you to import nutrients..

• GMOs are the intellectual property of biotech companies until their patents expire; you have to sign agreements not to save your seed, which is the literal opposite of the right to food. Relying on 20-year-old off-patent seed is a terrible idea compared to selecting and breeding heirlooms for those 20 years. And it’s safe to assume the average person isn’t equipped to engineer the genetics of their own plants.

• Cultured meat… just have a look for yourself.

What happens when engineered food becomes so pervasive, we decide we don’t need to take care of soil anymore? When heirloom seeds and locally-adapted breeds are deemed unnecessary, and become lost? When humans are considered superfluous in the production of food? When science has finally conquered both nature and humanity?

Slowly but surely, we’re surrendering the ways and means of food production to private interests. We’re entrusting the most fundamental aspect of our survival to institutions with no accountability to the public, and who in many cases have repeatedly violated the public trust. This isn’t just risky, it’s reckless.

Update 3/17: It’s come up enough in the comments to warrant an update- what proof is there that GMOs are being developed at the expense of “traditional” varieties that are more accessible?

The development of GMOs (among macro-trends that GMO supports, like globally commodified agriculutre) is helping drive sharp and accelerating loss in seedstock diversity especially “traditional” varieties that have been bred to adapt to hyperlocal conditions. We’ve lost some 90% of plant food varieties and about half of our livestock varieties according to the FAO.

That loss of diversity is not only making seed less accessible, but is also creating systemic environmental threats to food security, including unknown long-term impacts on biological diversity both in the field and in the wild.

Monsanto isn’t evil. It’s run by a boring old bald guy named Hugh Grant, for Christ’s sake. Hugh Grant is not trying to starve or enslave the world. But, intentionally or not, he and the rest of biotech are making it easier for us to give up our food sovereignty in a broader environment where doing so seems to be the easiest option.

We’re all so “busy.” We have to feed 9 billion people. We’re running out of land and water. The climate is changing. The world demands cheap meat. We want quick solutions to these problems, within our lifetimes, with minimal impact on our lifestyles. We suck. We want technology to save us from ourselves. Maybe it’s this country’s founding Christian ethos: someone paid for our sins before; won’t someone do it again? Sorry, Hugh Grant ain’t Jesus..

Here’s more news: engineered food isn’t going anywhere. Not only because it’s profitable, but because it’s promising. Cultured meat really could be part of the solution to feeding valuable protein to the developing world while reducing herd sizes in the interest of the environment.

Hydroponics/aquaponics could be a clutch player in urban agriculture, shortening supply chains and helping make Local a pervasive concept. GMOs do have some environmental benefits that warrant exploring even by dyed-in-the-wool permaculturalists.

The answer here is not fighting engineering and innovation under the misguided notion that these things can (or should) be stopped. The answer is in refusing to surrender time-honored growing methods to the relentless march of technology — and that’s not nearly as exciting as it sounds. It’s not picketing, protesting, and writing witty essays about the evils of biotech to the adulation of the echo chamber. The answer is being for, not against, something. And it’s in the decisions each of us has control over.

It’s the decision to plant gardens; open farms and homesteads; save, share and sell seeds; raise and breed a little livestock; learn to can, salt, smoke, and butcher. It’s in the decision to travel less and plant more. To patronize your nearby farmers even if it’s inconvenient, and find ways to make it less inconvenient. To say no to cheap and processed food whenever, wherever, and if ever your budget allows. To reorient your social capital around how many plants you’ve grown, how much soil you’ve built, how many seeds you’ve saved, and how many people you’ve fed — instead of where you’ve traveled, what your job title is, who you’ve met, and how jelly everyone is of your IG feed.

Recognize the miracle that nature is, and exercise your birthright to participate in that miracle. Breathe life into it by putting your hands in the ground as often as you can. Leave Monsanto alone and lead by example. It’s just that easy, and it’s just that hard.

This article was written by Chris Newman and originally posted March 8, 2017 on Shift.Newco.Cohift.Newco.Co