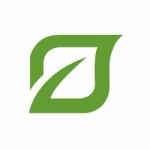 Berry farmers in Santa Barbara County are putting up a fight against codes that prohibit new growing practices. A number of farmers are concerned about a county ordinance that limits the height of temporary structures to just 12 feet, said 4th District Supervisor Peter Adam, a vegetable farmer who represents many in the North County agricultural industry.

The height limit means widely used berry hoop structures, which stand about 15 to 16 feet tall in most cases, are illegal. A.J. Cisney, general manager of Rancho Guadalupe Farm, said the hoop structures are essential for growing crops, such as raspberries, in the Santa Maria Valley.

Harsh winds in the area have kept farmers from growing berries until recently, but berry hoops have developed over the past decade or so, allowing growers to produce the fruit locally.

The hoop structures are temporarily placed to protect growing berries, cut down on the need for fertilizers and pesticides, and in the current severe drought, serve as a water-saving tool, Mr. Cisney said. County ordinances were written long before the berry hoop structures were used in farming, and most agree they should be allowed.

Mr. Adam unsuccessfully brought the issue to the Board of Supervisors last month in an effort to get rid of the height restrictions. His colleagues agreed that the ordinance is out of date but were not willing to eliminate the height limits altogether. Instead, the supervisors voted to have county staff investigate the issue.

First District Supervisor Salud Carbajal said he and his colleagues believe setting more liberal height restrictions would allow farmers to keep up with current practices, but the safety of the temporary structures must be ensured. "We agreed that we need to do something to update the ordinances to allow for more height," he said. "But what is a reasonable height? At what point could the structures pose a health and safety risk for workers?"

Mr. Cisney said the hoop structures represent a significant investment on the part of the farmers, and does not believe safety to be an issue. "Farmers spend a lot of money on the berry hoops," he said. "They want to protect their business. In my opinion, they would be sure they are safe."

Mr. Adam argues that without freedom to be innovative, local farmers will not be able to go on producing the same quality crops.

Mr. Carbajal said he has been doing his own research and thinks he may already have an answer. "I spoke with members of the ag community, and they all tell me anywhere between 18 and 22 feet is an appropriate height," he said.

But Mr. Cisney said that height may be sufficient for now, but if farmers of other crops adopt the practices they may need to use larger hoops.  Forcing farmers to pay for permits for temporary hoop structures would be detrimental to local production, he said. For that reason, Mr. Adam is pushing his colleagues to eliminate the height restrictions altogether. The county should be doing more to aid the local agriculture industry, one its largest revenue sources, he said.

Mr. Carbajal, who is running for the 24th Congressional District seat to replace Rep. Lois Capps, accused Mr. Adam of politicizing the issue. Mr. Adam has questioned whether Mr. Carbajal could represent the agricultural industry in the Central Coast.

This article was originally written by SARA BUSH NEWS-PRESS CORRESPONDENT, and appeared in the Santa Barbara News Press November 8, 2015. email:This email address is being protected from spambots. You need JavaScript enabled to view it.